In the course of eleven years, Marvel has done an amazing job in making their viewers all around the world fall in love with the characters and the story line of all their movies.

The Marvel Cinematic Universe’s (MCU) feature films are segmented into three phases, broadly known as “The Infinity Saga”.  The franchise has expanded to 22 films and made more than $18.9 billion at the global box office.

The first phase of the MCU introduced the pioneer members of the Avengers and the agencies – S.H.I.E.L.D. and Hydra. One of the focal points of the first phase centred on the Tesseract, which was later known to hold one of the six Infinity Stones.

Films of the first phase were Iron Man 1 and its sequel, The Incredible Hulk, Thor, Captain America: The First Avenger and the first Avengers film.

Iron Man, released in 2008, also introduced War Machine, Nick Fury and other significant characters in the MCU – characters who grew to be a major part of the franchise.

The second phase introduced more superheroes such as Scarlet Witch, Falcon, Vision and the Guardians. This phase further explained the origins of the Infinity Stones. Phase 2 also introduced Ultron, an antagonistic artificial intelligence system, in the Avengers’ sequel.

The films in this phase included Iron Man 3, sequels of Thor and Captain America, Guardians of the Galaxy, Avengers: Age of Ultron and Ant-Man.

The final phase of The Infinity Saga was set in a period of conflict and disagreement following the outcome of Ultron’s attack. The Avengers collapsed as the members disunited due to major differences in opinions that divided them. 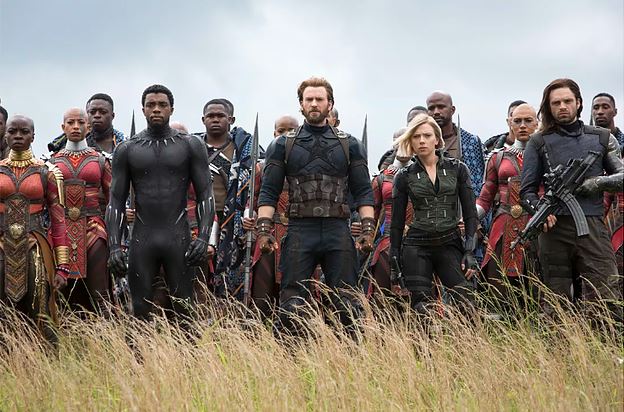 Amidst the turbulence, new superheroes such as Black Panther, Spider-Man, Doctor Strange and Captain Marvel were introduced. The third phase started with Captain America: Civil War. The latest MCU film – Avengers: Infinity War was also part of the third phase. The final film of this phase is the upcoming Spider-Man sequel – Far from Home.

As more Marvel films were produced, more characters from the comics were introduced and portrayed. Only the best-suited actors and actresses were chosen for each of the roles. Characters such as Captain America and Iron Man were portrayed perfectly by Chris Evans and Robert Downey Jr. respectively. Personally, I think they have done the roles justice.

Also, what is a Marvel film without the battle scenes? All the duel scenes were tactical and skilled, showcasing the prowess of each of the heroes in their own right.

This can best be seen from the final battle of Endgame. The abilities of the heroes are tested to their limits when faced with Thanos and his army. The choreographed action and stunts were hair-raising as The Avengers gave their all for an epic fight. It only added to the film-goers’ satisfaction when Captain America said “Avengers Assemble” for the last time.

Post-credit scenes also became a trend with the MCU films. Filmgoers worldwide are known to hang back beyond the credits of the film, just to catch these scenes. Often, these act as cliff-hangers, leaving them wanting more and eagerly waiting for the next MCU film.

An example can be seen from Avengers: Age of Ultron, which featured a “purple guy”, leaving filmgoers wondering who the he was. For Marvel fans who have read the comics, they would have known that he was Thanos, The Mad Titan. This was also revealed in the later MCU films.

Other than the film franchise, MCU has their own television series such as Marvel’s agent of S.H.I.E.L.D. and Marvel’s Jessica Jones that explores more of the characters in the films and even introduces new characters.

This article was written by Namirah S.