This year, a group of 40 students enrolled in the Preparatory Course for ‘O’ Levels at the MDIS College visited the MDIS School of Engineering (SOE) for an engaging and exciting Inter-Disciplinary Workshop. MDIS College offers students a holistic educational experience, and one of the distinctive features of the curriculum is RIPE (Remedial, Inter-Disciplinary, Pastoral care, Enrichment) programme.

As part of the RIPE program, MDIS College collaborates with the various Schools to hold regular Inter-Disciplinary Workshops aimed at enabling students to gain exposure to the various academic disciplines at the tertiary level. These workshops are generally well-received by our students and the Inter-Disciplinary Workshops held in the past include robotic workshops, as well as talks on personality and psychology.

Mr Abdul Razak from SOE commenced the session by introducing the School and its unique features and academic offerings, as well as the different types of industry-standard equipment used at the workshop. He shared valuable insights in the field of Engineering by offering his take on two important questions, “What is Engineering?” and “Why is Engineering Important?”.  He also spoke of the essential role of engineering, as well as what happens in the lack of it. 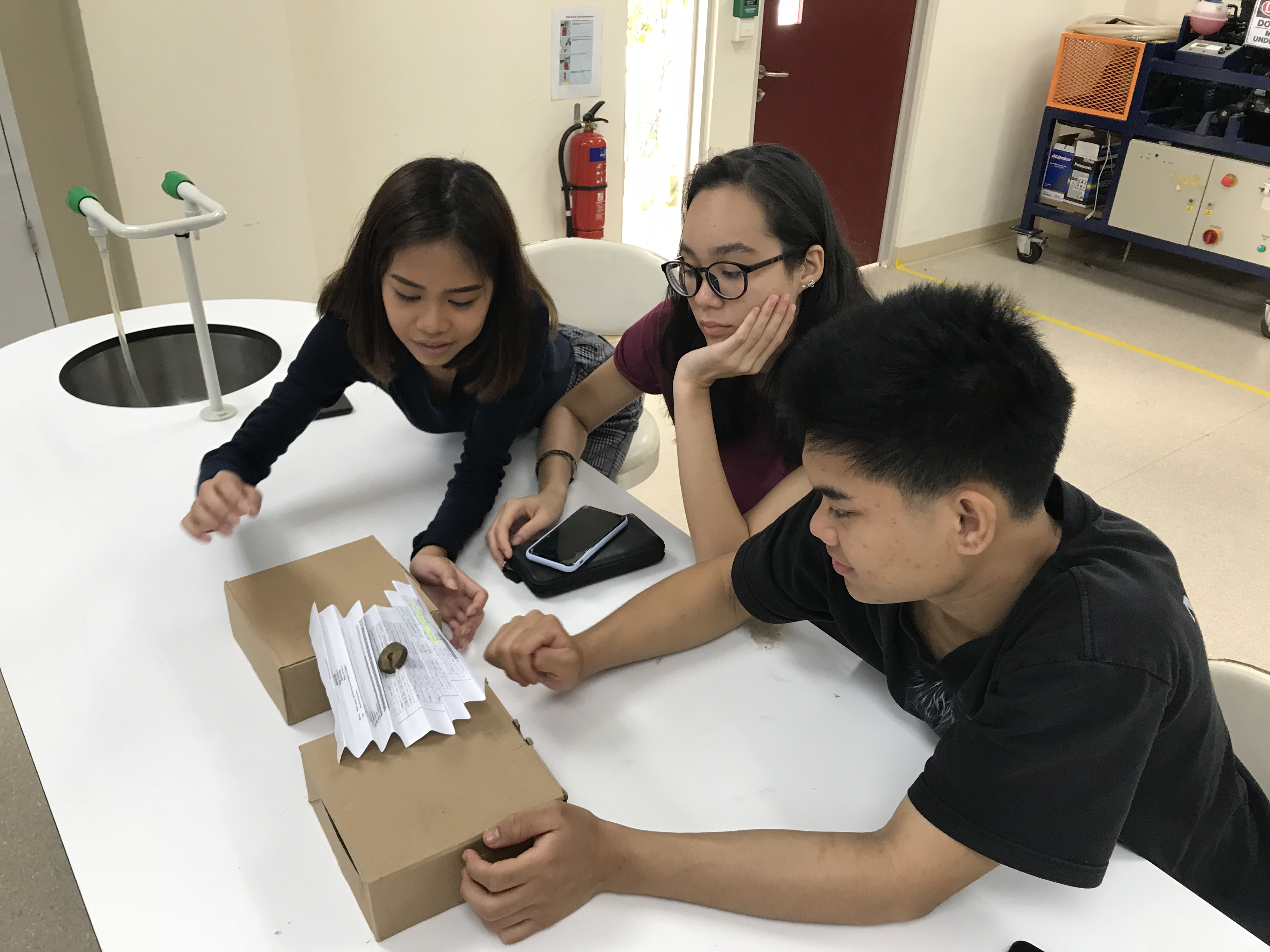 After an insightful sharing session, Mr Razak posed a challenge to the students. They were tasked to build a bridge that could support and hold up a small weight using simple everyday materials such as sheets of A4 paper and cardboard boxes. Most students managed to accomplish this first task easily, with several different designs.  However, the task soon became more challenging, as Mr Razak changed some of the variables, including the weight of the load that the bridge had to hold. 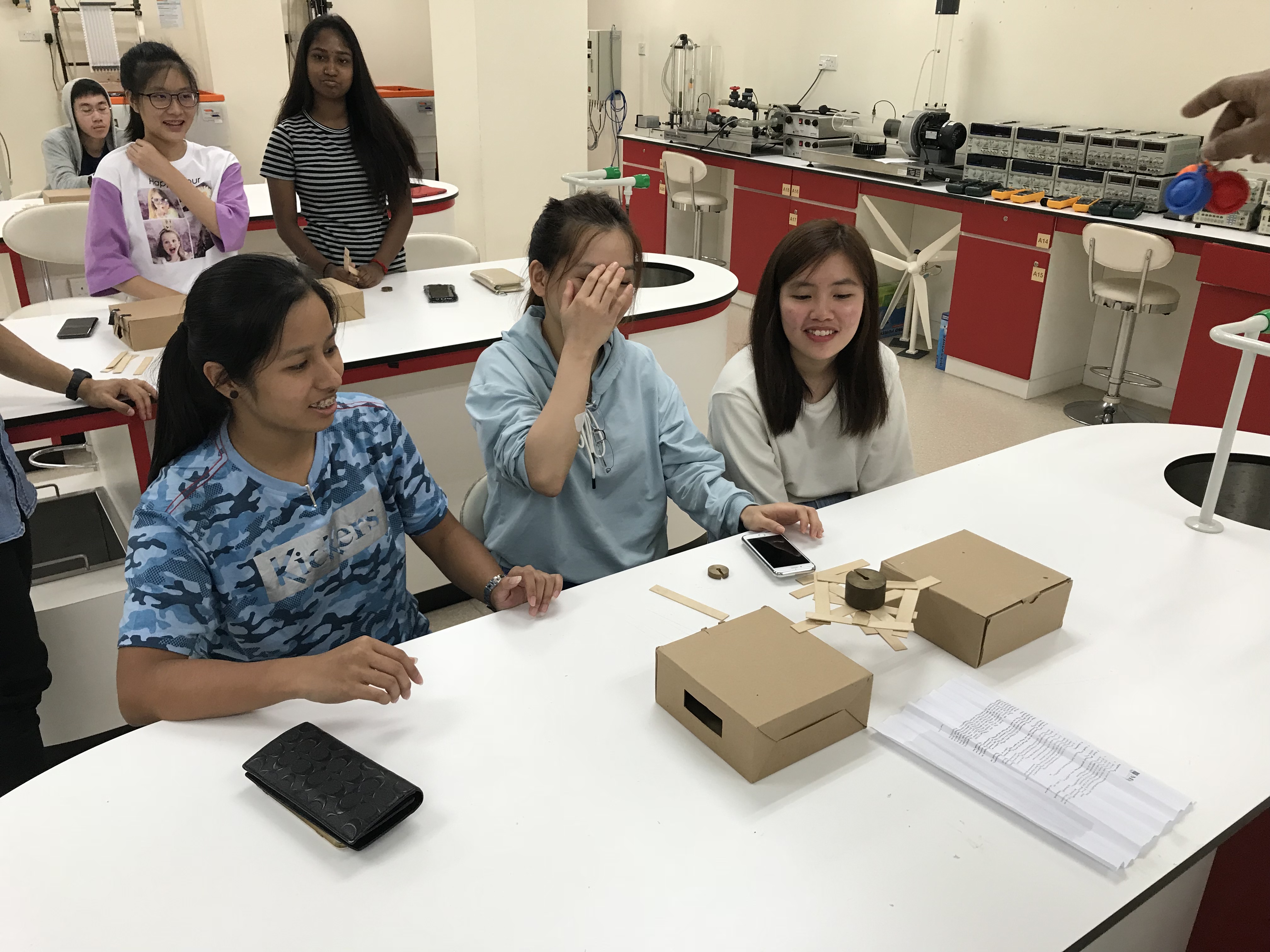 One of the successful designs for the second challenge 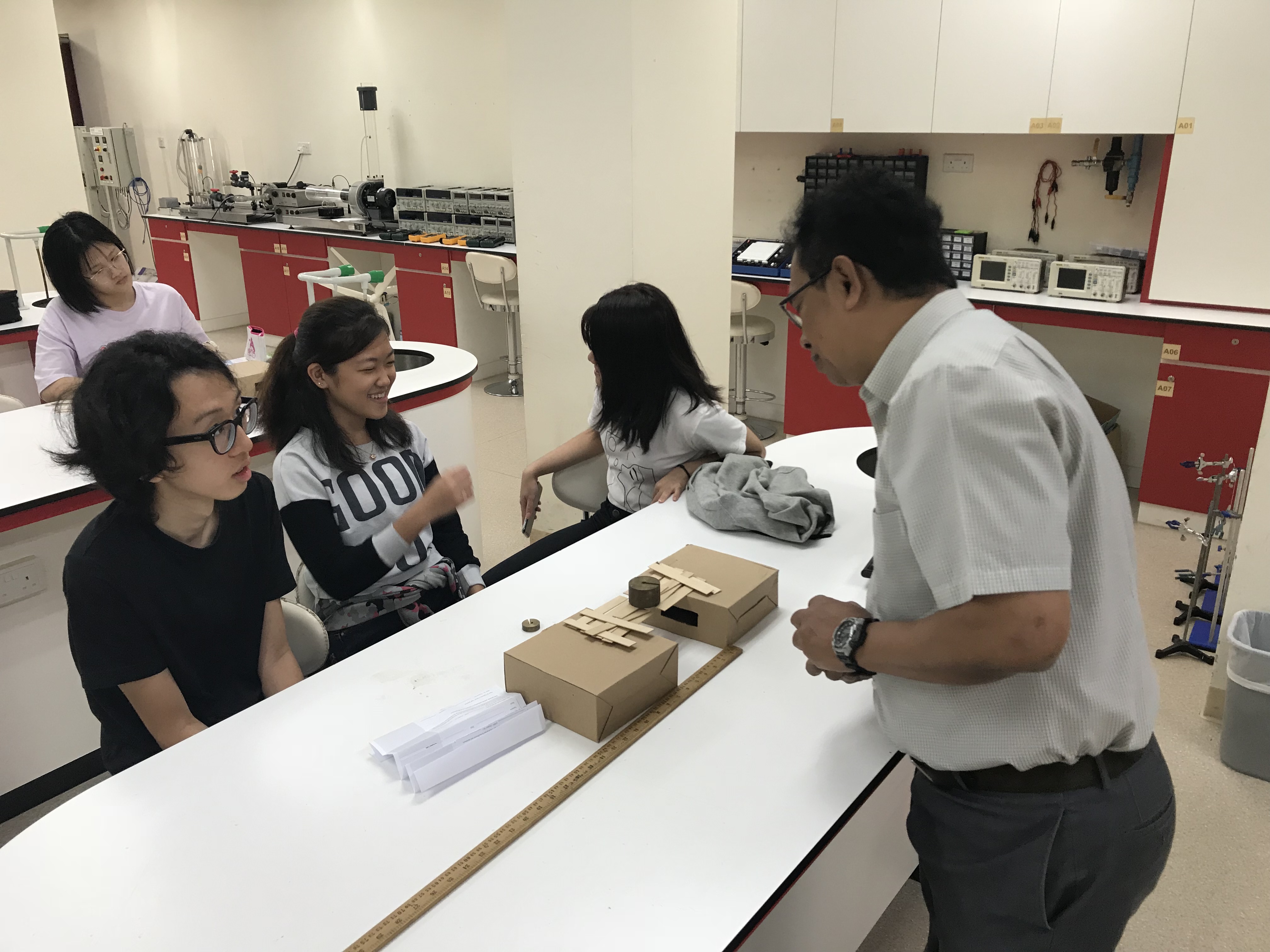 Another successful design by students for the second challenge

Nonetheless, the College students displayed their skills and resilience with unique designs for their new bridges, and refused to give-in even when their designs did not work as expected. Along the way, they learnt simple concepts such as the need to reinforce certain areas of the design so that the overall structure would be stable. This challenging task reminded the students of the need for good teamwork as well. Ultimately, the groups managed to complete the task successfully, and they were rewarded with 3D-printed MDIS keychains which were produced on the in-house 3D-printer.

At the end of the morning session, the students left SOE with newfound knowledge and insights into the field of engineering. Some expressed their interest in taking part in other Inter-Disciplinary Workshops, whilst others were keen to find out more about engineering. The Inter-Disciplinary Workshops provided the students with insights on potential pathways for academic progression after their ‘O’ Levels, namely, to the International Foundation Diploma in Science, Technology, Engineering, Mathematics and Art – Engineering  programme offered by the MDIS School of Engineering.