Beyond the Classroom: Mathematics

Hello there! Welcome back to MDIS College’s Beyond the Classroom series. Here we are, hurtling towards the end of the year, with only two posts left to go before this series is over. This month, we will be looking at, in my opinion, the most enigmatic subject of all – Mathematics.

The significance of Mathematics

One might think that Mathematics is simply about the relationship between numbers. However, the permutations and combinations that our minds undergo during our attempts to solve Mathematical puzzles enhances other skills. In our practice of Mathematics, our limits are pushed, resulting in the enhancement of our logic and creativity. Because of this, learning Mathematics can be a daunting and challenging task, one which some of us might fear to undertake.

And yet, we must.

For if we really think about, we use Mathematics in every part of our lives – from deciding how early we need to wake up every morning to decide how much of money we need for day-to-day expenses. But some of us might also wonder what the point of studying Mathematics really is. After all, beyond telling the time and making financial decisions, is there any point in studying statistics or any complex features of Mathematics? 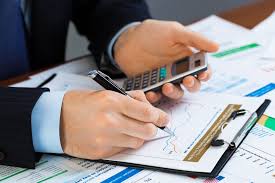 The relevance of A-level Mathematics

Of course there is! The H2 A-level syllabus is aligned to the social and A-level students engage with the H2 Mathematics syllabus in a more holistic manner. Topics of the H2 syllabus are aligned to social needs. Students, for instance, encounter Mathematical problems that revolve around Financial Mathematics (banking and insurance) and Market Research (Consumer preferences and product claims). The H2 Mathematics syllabus also deals with the nitty-gritty of statistics that even university students might not have to deal with (thanks to statistical analysis software). This means that whether students are interested in pursuing a clinical career in medicine or an academic career as a researcher, the H2 Mathematics syllabus will ingrain in them the knowledge of the fundamental rules and conditions for hypothesis testing and correlation, amongst other things. 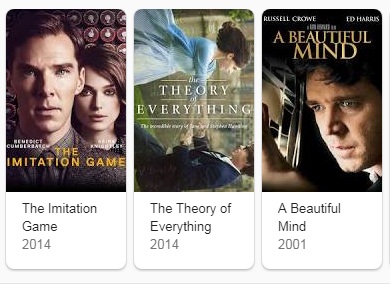 The pressure of Mathematics (A cultural perspective)

Mathematics has been featured in many critically acclaimed films such as The Theory of Everything, A Beautiful Mind and The Imitation Game. Incidentally, these films feature leads who are socially distant from others (for various reasons) but also possess advanced Mathematical skills that cause them to be seen as much smarter and much more academically elite from others. Narratives like this might unintentionally reinforce the social stereotype that Mathematics is a subject that reigns above anything else. Mathematics is often deemed as the one subject that students have to excel in because it opens many doors for students at university. This leads to some students experiencing immense pressure when they practice their work or sit for their exams. This can sometimes be debilitating, to the point that students counterproductively believe that their Mathematical skills will never improve. In developing a phobia for the subject, they reduce their chances of being successful with it in future. Such fears can only be overcome with consistent practice. At MDIS College, teachers make it a point to guide students throughout the year, ensuring that the socioemotional needs of students are met as well.

Ultimately, while Mathematics might seem tedious and elusive, if approached in the right way, it can definitely empower students in their future academic journeys.

Gayathrii, a teacher of 6 years, believes that education shapes lives. She applies her knowledge from her B.Psych and M.Ed courses to differentiate instruction and maximise learning for her English, GP and Literature students.