By refusing to dictate the nature or wearing of a garment, Kawakubo offers the freedom of interpretation. She is, in literary theorist Roland Barthes’ terms, a ‘scriptor’ rather than sole creator of each garment, allowing the meaning of the garment to be ‘externally written’. She proposes a form, then offers it up for interpretation while making no promises about the validity or feasibility of each response (garment) 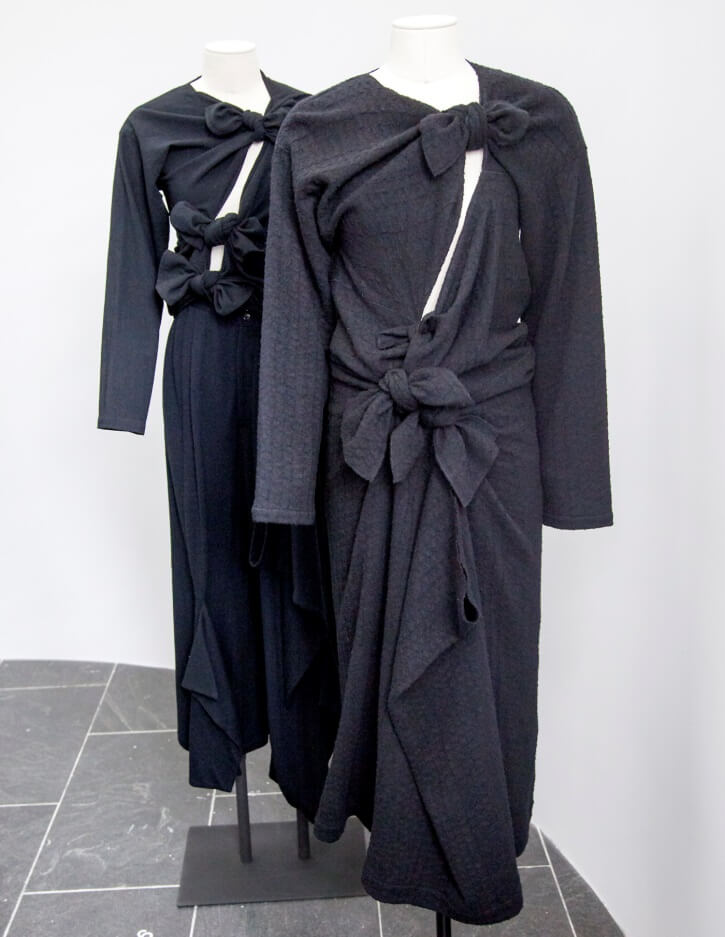 Kawakubo’s resistance to definition extends even to the component parts of each garment. In the ‘Wrapped Collection’ garments were wrapped and draped, with ‘flaps and appendages that could be tied…in a variety of ways so that each garment permitted a multiplicity of wearings’ (Shimizu, 1995). It can be seen in the garment in the above (Figure 2.1) that the dress could be tightened or loosen through a few knots with the option of adjusting the neckline open to the wearer. The garment which seems like it was largely made with as few seams as possible and with no traditional closure (buttons, zips or hook & eyes) allows the wearer to use creative means to adjust the end look of the product. 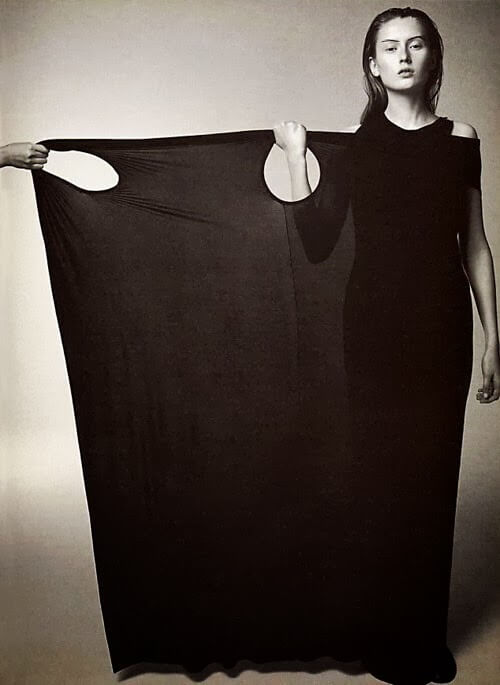 The later ‘Elastic Collection’ (Shimizu, 2005) contained a number of elasticated holes. It was up to the wearer to decide which hole to use for which limb, and where to position the spare holes, which would reveal another layer beneath. Figure 2.3 shows a simple interpretation of said concept which consists of a rectangular piece of elastic fabric with 2 holes stitched onto the centre back seam of a basic dress. These 2 holes are left to the user and how she decides to use said garment. Kawakubo has successfully negotiated with the basic principles of design while adequately involving her own methodology. Avoiding the need to follow a 1-to-1 interpretation, she has seems to have created a new form of work but in reality is working around the basic principles of design.

Born in 1966 in Linz, Austria, Carol Christian Poell first enrolled in a school for commerce before completing several courses on fashion in Austria and completing a Masters from Domus Academy in Milan. Not much is known about Poell, no official photographs taken, but he has held his secretive persona up to this day. He started his company in 1995 and has, up to date, produced collections up till 2010 before he stopped taking part in the fashion calendar. The 2010 collection has been reproduced for less than 10 shops around the world. A unique phenomenon on the expansive terrain of international fashion, he is often asked if he feels like an artist or designer to which the answer is always “researcher” or “industrial designer” (Cosgrave, 2006). For Poell, fashion education was strict, where he majored in men’s tailoring to learn the nuances of making to measure with precision. However, it was only after graduation when he was set free, where he found greatest passion in his work, “I have every day to feel like I’m working on a scientific experiment” he proclaims. 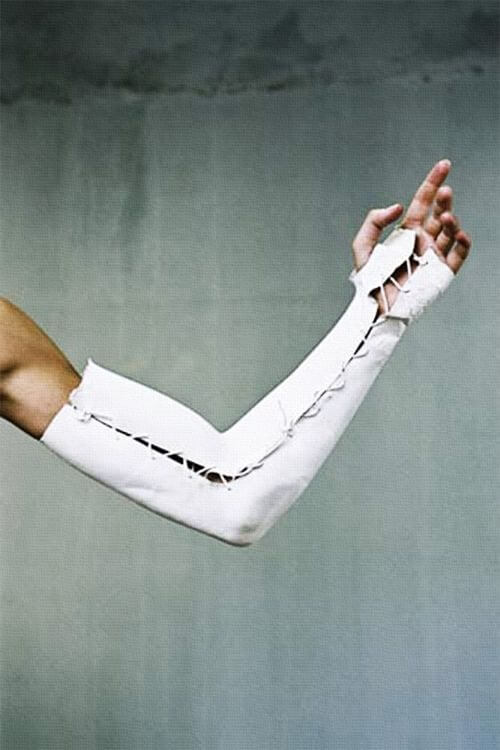