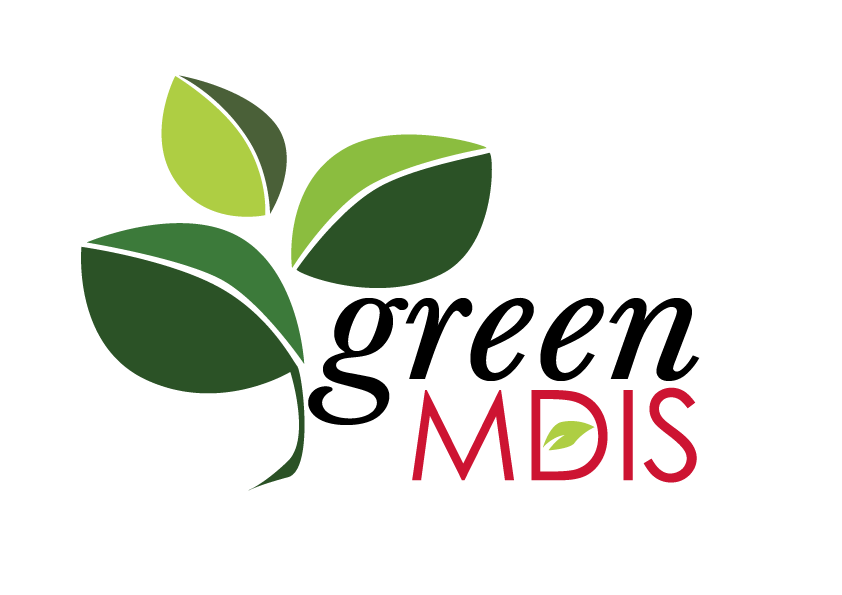 Green MDIS is part of MDIS' efforts to be responsible to the environment.

Green MDIS aims to promote greater environmental awareness and positive actions for the environment through offering tips on how to make a difference both on and away from the MDIS Campus. We aim to make practical attempts to minimise the damage to our beautiful planet.

Green MDIS also explores and taps on initiatives and incentive schemes that spin off from the National Environment Agency, the Ministry of Environment and the Building and Construction Authority.

Green MDIS has initiated a number of awareness campaigns on campus with staff and students. During the inaugural campaign organised in 2009, the following initiatives were implemented around MDIS Campus:

Over the years, the Green MDIS initiative has evolved further to include the observation of Earth Day every year: staff and students engage in activities including planting of saplings around the campus, distribution of indoor plants to staff, collection of recyclable items, re-sale of used books, and so on.

Similarly, eco-friendly features have now become a corner-stone of our building designs as well. The MDIS Residences@Stirling, which opened its doors to students in March 2011, was the very first hostel in Singapore to be awarded the Green Mark GoldPlus Award 2010 for eco-sustainability. Green features incorporated in the design of this 15-storey building include:

In recognition of our efforts in practising 'green' initiatives and involving our staff to do so as well, MDIS was awarded the Best Eco Practices Award (Merit) 2014. The Eco Action Awards 2014 is organised by Eco Action Day, Singapore's leading campaign for positive environmental action. Eco Action Day is an annual nationwide campaign in Singapore, encouraging awareness and action for the environment, culminating in the celebration of World Environment Day on June 5th.

We have now introduced the “lights off and computers off’ initiative at all office blocks on campus every Friday during lunch time, since July 2014. We aim to extend this eco-friendly venture to become a daily practice.

Together with the School of Fashion and Design, Green MDIS ran the “Denim Re-born” campaign in September 2014, during which staff and students brought in their used denim clothes, to be transformed into fashionable accessories by the students of the school.

Green MDIS hopes to continue to serve as a model in driving green activities in the private education sector.

For our commitment to environmental sustainability, MDIS has been awarded with the following National Awards.