I’m a Student from MDIS’ School of Technology currently undertaking an International Foundation Diploma in Information Technology. I chose this particular course because I believe in the importance of technology in our rapidly-evolving society. Pursuing this course and attaining the skills and knowledge about IT will therefore prove invaluable as I embark on this journey – which has thus far been a fairly smooth and interesting one, continuing to ignite my passion with IT!

AI is basically a compilation of codes programmed to deal with specific tasks assigned by the programmer. AI has two aggregation types that mold modern technology, with widespread usage and huge impact to our daily course of living

Not entirely versatile and adaptable to its surroundings, these are used in drones and X-Ray devices which are designed for a singular purpose.

Has the ability to learn from and adapt to its surroundings, and is the form of intelligence inherent to human beings. Within its initial code lies the ability to produce more elaborate codes that enable it to learn and put to use on-demand. The fundamental steps of coding general AI are called the neural networks, which are brain-inspired networks of interconnected layers of algorithms (neurons) able to relay data to each other and signify tasks to be performed via modifying priorities attributed to input data as it moves between the networks. 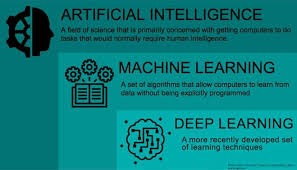 Even with its omnipotent-sounding nature, general AI is not without flaws. Nonetheless, its impact on  society will only increase as it continues to replace labor-intensive job functions amongst others. Public debate has even revolved around the possibility of AI gaining self-cognitive abilities and attaining self-personalities – leading to “robot rights movement” that could shake the very foundations of civilisation! Although still within the realm of science-fiction at the moment, such a possibility is very real.

While AI will only be a boon to societal convenience, I do believe ethics will play an increasingly important role to the future of AI as it will re-shape how we normalise views concerning biological and artificial life. Via incorporating moral principles into AI development, we will be mindful not to transgress any natural laws in seeking universal goodwill.