Pregnancy is a pleasant journey and wonderful experience especially for first time parents-to-be. Regular visits to the obstetrics clinic is important to monitor the health of the growing baby. Genetic diagnosis of chromosomal abnormalities such as Down syndrome is also part of the health screening of the growing fetus along the pregnancy journey.

Gold standard genetic diagnosis of fetal chromosomal abnormalities using fetal cells collected through invasive procedures such as chorionic villus sampling and amniocentesis is precise, but is associated with a small risk of 0.5-1% of procedural miscarriage1.

The first detection of cell-free fetal DNA in pregnant mother’s blood in 1997 by Lo et al.2 has now led to the risk-free non-invasive prenatal testing (NIPT) clinically available since 2011, to understand the fetal genetic condition such as Down Syndrome and other chromosomal abnormalities of the fetus3.

Thanks to the concerted effort of several researchers and clinicians all over the world, NIPT is offered in many countries including Singapore. 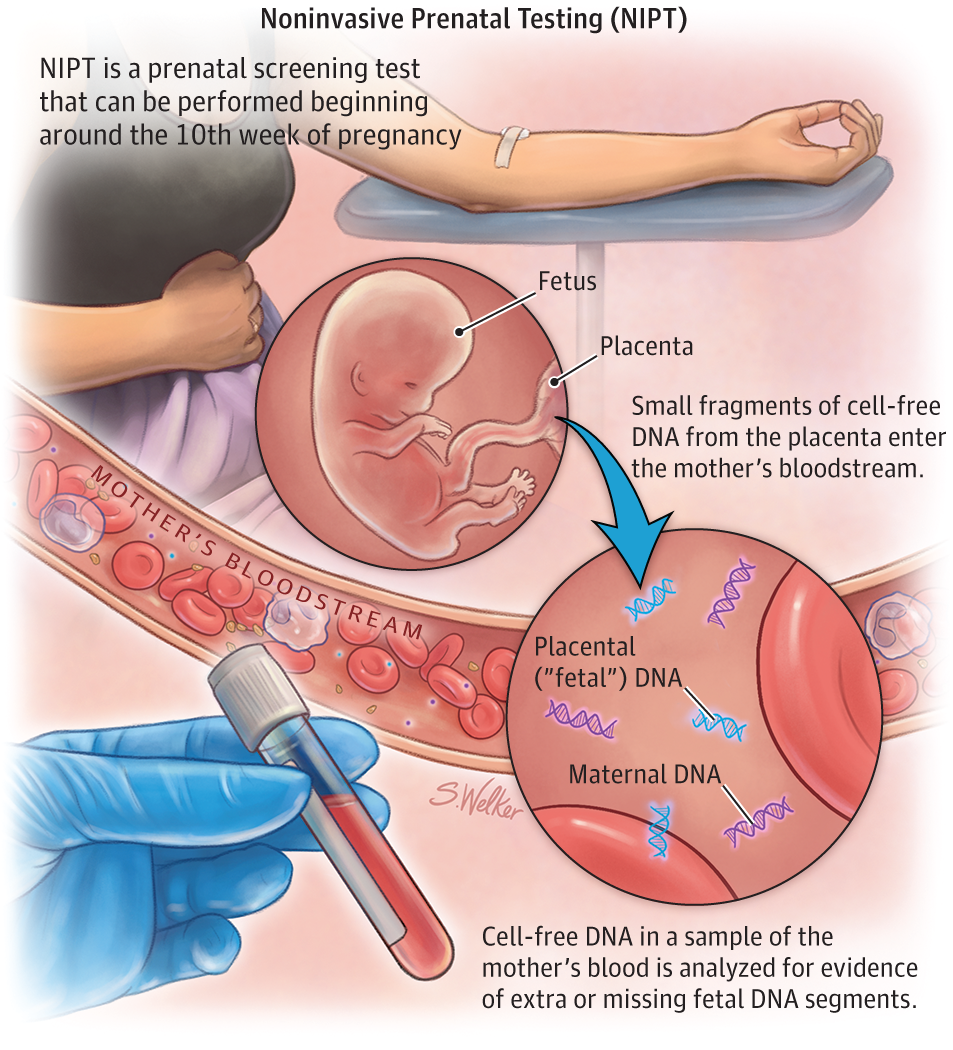 Although NIPT is not a diagnostic test, if used appropriately, it increases the detection rate of fetal chromosomal abnormalities and thus decreases the number of invasive tests required. For example, the test is sensitive enough (99%) to detect Down syndrome with a false positive rate less than 0.1%4. It is also employed for the detection of other chromosomal abnormalities such as Edward syndrome and Patau syndrome.

DNA sequencing (arrangement of genetic information) of fetal and maternal DNA fragments in mother’s plasma are analysed and the data subjected to rigorous statistical analysis to ensure accuracy of the test.

NIPT is considered a superior screening test when compared to traditional combined first trimester screening (cFTS), with a detection rate of 99% for Down syndrome, 96% for Edward syndrome and 91% for Patau syndrome with a cumulative false positive rate less than 0.4% 1,4.

This approach involves the enrichment of these cells from maternal blood, extraction of their DNA and sequencing using the available gene sequencing methods7. This technology is under development and is expected to be available for clinical application soon.

This article is written by Dr Sukumar Ponnusamy, a lecturer of MDIS School of Life Sciences.