Life Sciences
Home›Life Sciences›Emergence of superbugs, are we facing an antibiotics apocalypse?

Emergence of superbugs, are we facing an antibiotics apocalypse? 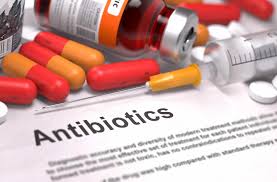 “Antibiotic resistance is growing and we are running out of treatment options. If we leave it to market forces alone, the new antibiotics we most urgently need are not going to be developed in time,” said Dr. Marie-Paule Kieny, the WHO’s assistant director-general for health systems and innovation.

Antibiotics, first developed by Sir Alexander Fleming in 1928, are medicines which are used to treat bacterial infections. Since then, bacteria are evolving resistance faster than humankind could expect and in recent years, we could be already facing the post-antibiotic era. Antibiotic Resistance (AR) happens when the drugs designed to inhibit the growth of bacteria or to kill the bacteria are no longer effective.

The rise of AR bacteria, or known as superbugs, poses major threats to the global health where available effective treatments are substantially reduced. This means common infections may turn out to be life-threatening. The Centres for Disease Control and Prevention (CDC) reported that at least 2 million people contracted AR infections and at least 23,000 patients died in the United States in the year 2013 alone. In 2014, the World Health Organisation (WHO) had also reported that the last-resort antibiotic treatments have failed to work in at least ten countries. For instance, in India, up to 95% of adults have bacteria that are resistant to β-lactam antibiotics.

Why are AR bacterial infections a worrying threat that has to be tackled urgently? Bacteria acquire antibiotic resistance gene through natural evolution but misuse and overuse of antibiotics have accelerated the process. The resistance genes are commonly found on bacterial plasmid which can be rapidly spread through bacteria populations by vertical (bacterial reproduction) and horizontal (transfer of plasmid to/from other bacteria) transmission. Viral and fungal infections should not be treated with antibiotics. One common inappropriate prescription is the use of antibiotic in treating common cold which is caused by flu virus. Poor infection prevention and control has also led to the spread of AR bacteria. Besides that, lack of new drugs development and extensive agricultural use have attributed to the rise of superbugs. Developing new antibiotics is an expensive, time consuming and challenging task. Many pharmaceutical companies have reduced the research and development of new antibiotics due to economic crisis and its low profitability. In the agriculture practices, antibiotics are often used as growth supplements in livestock to prevent infections and to improve yield. The lack of awareness and surveillance system have thus led to the widespread of AR bacterial infections. 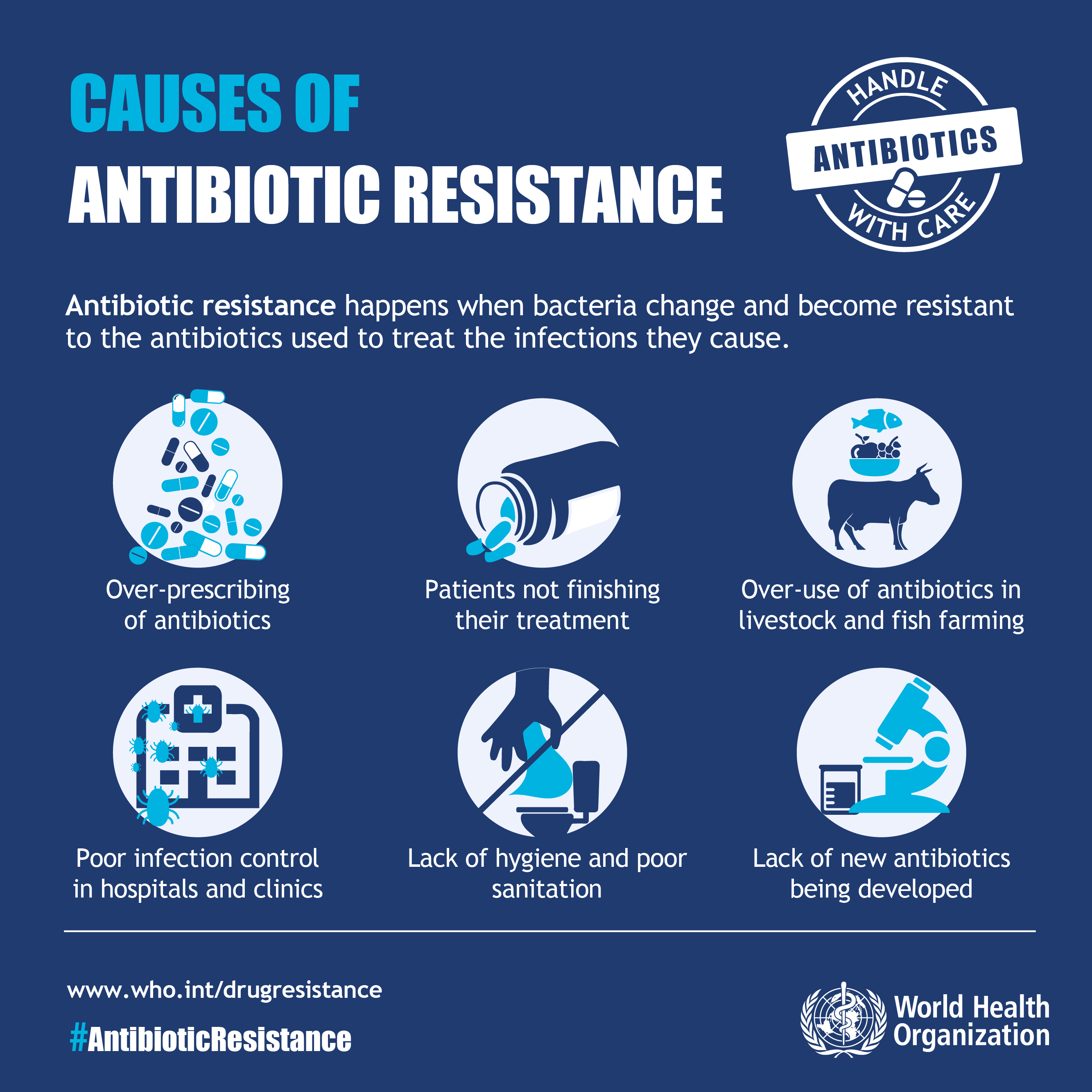 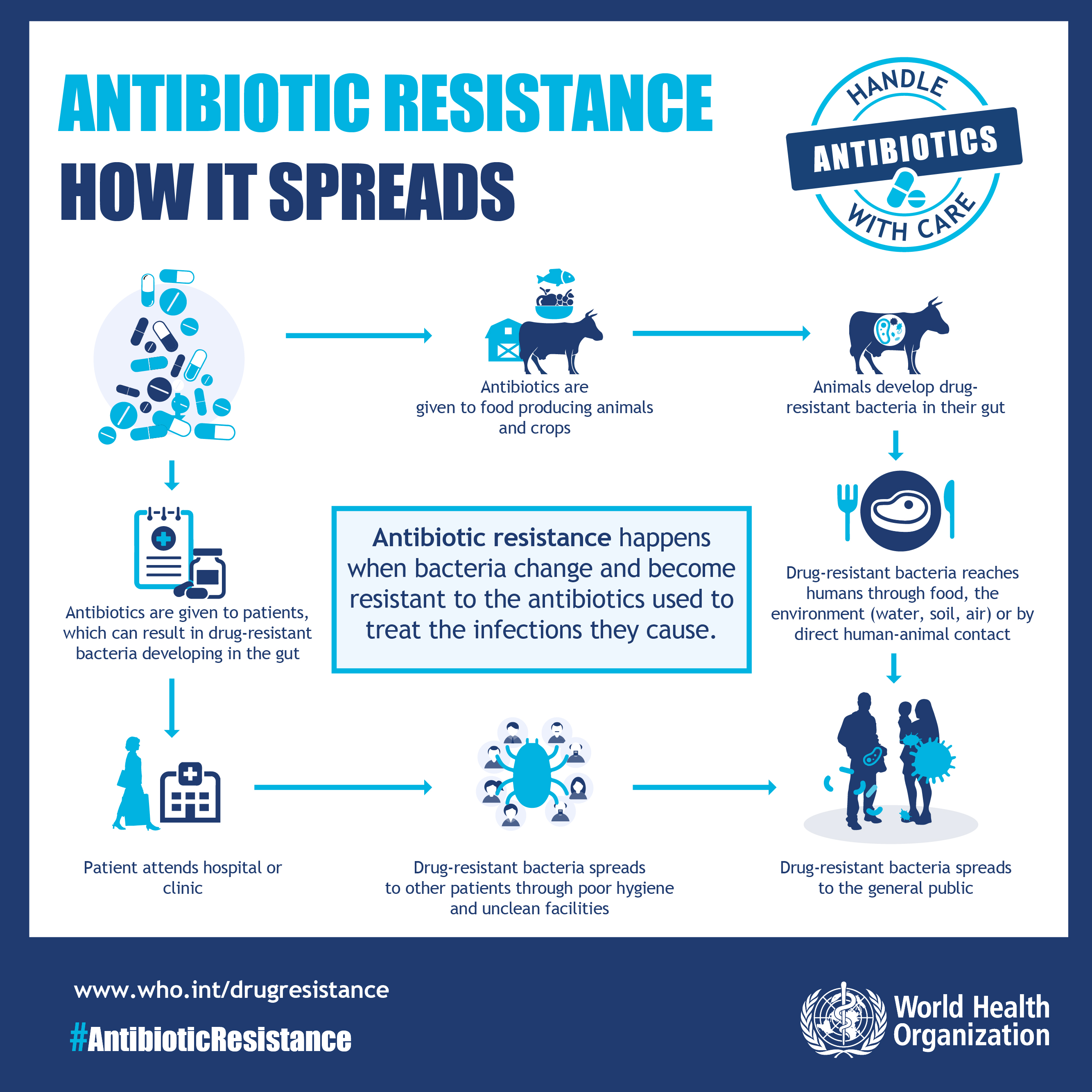 The rise of superbugs not only causes a common disease harder to treat, it also leads to higher medical costs, prolonged treatment and ultimately becomes a health and economic burden to the patients, families and the nation! On top of that, medical advances such as organ transplantations and cancer therapies are at higher risk of infections without effective antibiotics.

Several interventions are particularly emphasised to tackle the emergence of AR infections. Governments, healthcare professionals, pharmaceutical companies, patients and the general public all play a vital role in combating the crisis. Listed below are a few strategies to manage the crisis:

Humankinds are endlessly on a race with the evolution of bacteria and now we are running out of effective treatments. In other words, they are beyond mankind and winning the race. Therefore, a massive public awareness campaign and development of new antibiotics are critically needed.

Want to join the team and be a superhero?

You may need to have a strong foundation in relevant programmes. Check out the Bachelor of Science (Honours) degrees in Biomedical Science, Medical and Pharmacological Sciences, Master of Science in Molecular Biology and Pharmacology and Drug Discovery awarded by Coventry University, offered at the Management Development Institute of Singapore, School of Health and Life Sciences.

Take a quiz to test on how much you know about superbugs! Follow the link below: http://www.who.int/campaigns/world-antibiotic-awareness-week/quiz/en/

World Health Organization (WHO). (27 February 2017). News Release: WHO Publishes List of Bacteria for Which New Antibiotics are Urgently Needed. [Online]

This article is contributed by Dr Chai.