With the advent of ubiquitous virtualization technology, we are now able to lease hardware and computing power from vendors with some reasonable price. We no longer have to procure physical hardware nor application software in order to run our business. All of these conjuring tricks were done by a humble yet powerful tool called ‘Hypervisor’. Hypervisor allows us to build and manage Virtual Machines virtually. In other words, you have the flexibility to scale your company whenever you want since you have the required virtual resources at your disposal, such as networking, security, and processors and more. Therefore, you will not have to possess the hardware and software required to run a specific operating system.

Virtualisation in a Nutshell

In a nutshell, virtualisation refers to the interfaces of physical infrastructures (or hardware) with the operating system of the system. In the old days, Operating System lies on top of the hardware. Therefore, if there is a malfunction in the hardware, the whole system will break down; and the Operating System will stop running.

With the advent of hypervisors, we are now able to run multiple virtual machines on top of our hardware efficiently. These operating systems and applications are independent of the hardware. Now, the Operating System is tied to the hypervisor in lieu of the hardware itself. When the servers’ hardware fail, one only needs to move the instance of the Operating System to the other instance of hardware. All of these moving can be done automatically with some additional charge.

What is a Virtual Machine? 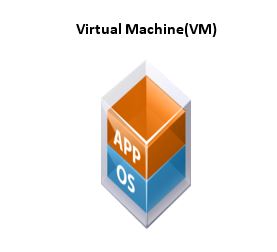 A virtual machine is an emulation of a computer system that can be implemented on top of the usual operating system by software emulation and hardware virtualisation. It can also be referred to as a “software computer” because it runs an operating system and applications like a physical computer does.

Solution to challenges faced by IT Professionals